The Seabourn and our Quest 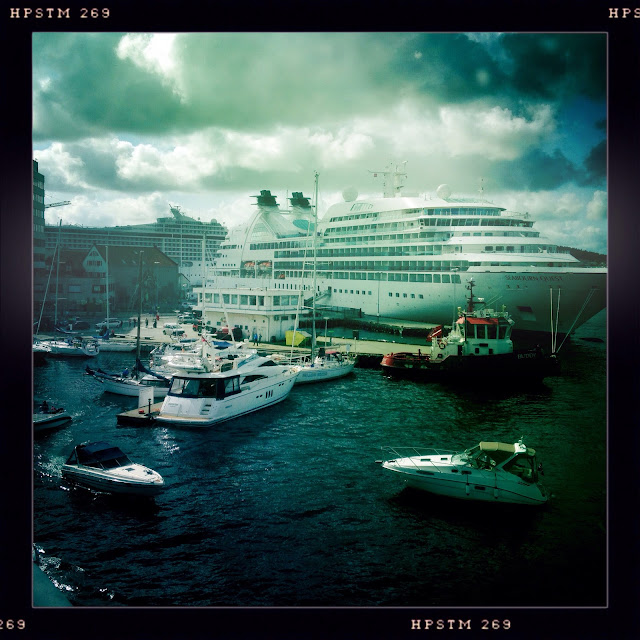 Our Seaborn Quest
It's not a big ship but it's a classy ship. It's classy mostly in what it excludes. No cheesy themed bars (though sometimes those are fun if done right). No smarmy cruise director. No nickle and dining you at every turn like a lot of other lines. Just great service again and again and again.
The whole philosophy of Seaborn is different than most of the other cruise lines (it should be noted that Seaborn is owned by Carnival). It's all inclusive (only premium wine is extra), like cruising used to be in the old days. It's a bit sophisticated without being really stuffy.  You pay for it for sure, I don't think you can call Seaborn inexpensive. I'm not sure it's even what you would call a "value" but you do get what you pay for. 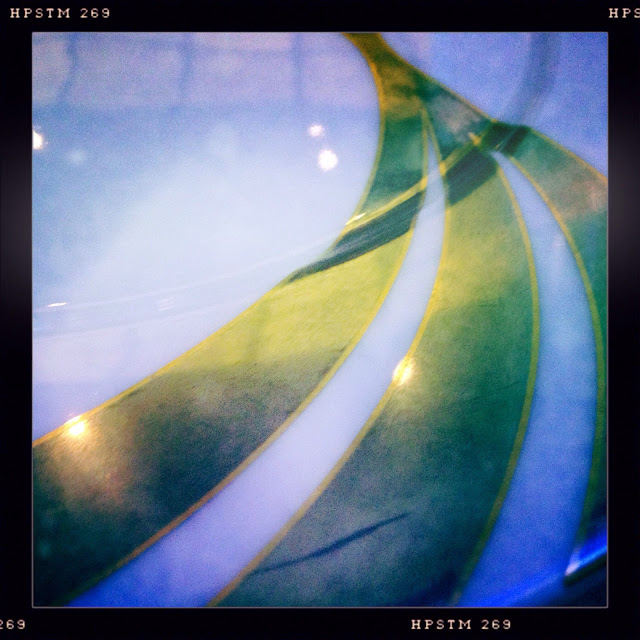 The food was mostly very good. There was only one dish that was really great but also only one that was really meg. There were 4 dining options of which I ate at 3 (plus 24 hour room service - so basically you could eat whenever you want). The service in the main restaurant was very good (one night was a bit slow but otherwise great).
The slightly more casual option was always a bit more hit and miss with service. Everyone was always nice and polite but The Colonade was a bit more hectic, every so slightly chaotic, though still very enjoyable.
The Patio Grill was the most casual and our usual lunch destination. I ate more slices of (very good) pizza than I could count. Also little finger wraps & sandwiches & paninis. Also lots of ice cream. More than I should have. All of this to say the food, while not "foodie" quality, is better than a lot of restaurants back home (but it should be since you're paying for it). 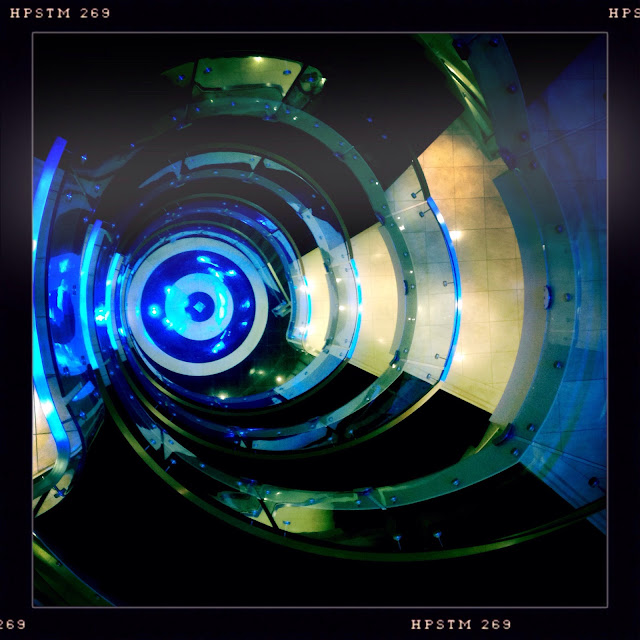 Our ahip is the newest currently in the fleet. A new larger ship that will hold 600-ish passengers is on its way soon. For my money that's about as big a cruise ship as I'd want anymore. Though the big ships have lots of stuff and can be destinations in and of themselves, that's too many people for this boring old man. 450 people is a good small number that still gives you opportunities to be in a crowd but still lets get to know whoever you want.
Most of the space on The Quest is state rooms. There are not voluminous interior spaces. The dining room is nice but not what I would call grand (it is very nice, don't get me wrong). This ship had lots of science themed art and objects. I kind of liked it. It seemed different and it was as I've not see ship decorations like that before. There are a few lounges, a theater and a nice cafe & library at the back of the ship. All nicely done. Marissa got a (free) latte almost everyday at The Seaborn Square (the cafe). 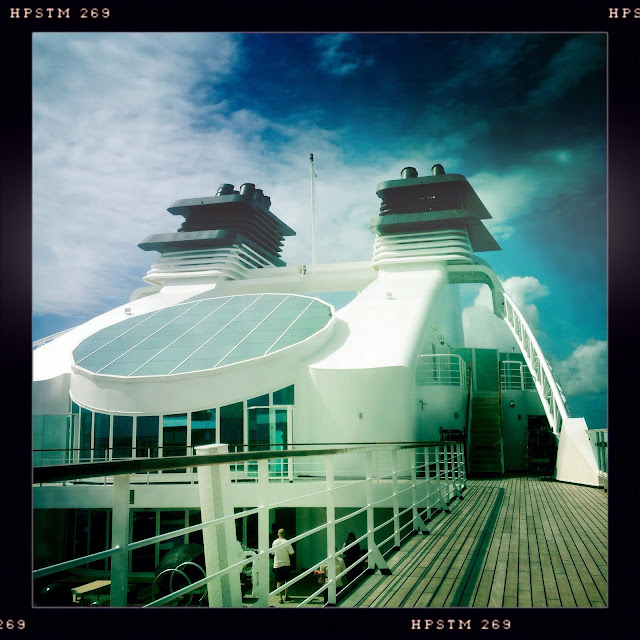 The outdoor spaces are very nicely done (I wish we got to use them more but weather made that not realistic). There were no kids running around everywhere. The pool is small but looked nice. They even had a jacuzzi at the bow of the ship - we never stepped in but it looked like that could have been fun. There is no main promenade or walk around deck- the sports deck is small but did have shuffleboard and a putting green (and a driving range). 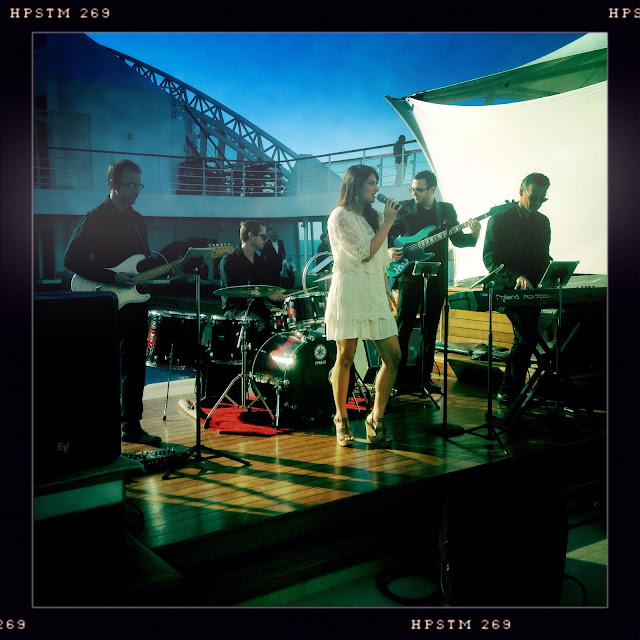 The entertainment aboard was also very good (except for the comedian - just no, no). The Cast shows were all very well sung (some curious song choices yes). We never made it to the late night dance parties but up on deck (when we had good weather) were great. I've never been to so many shows on a cruise before so that should say something good.
I'd go back on Seaborn, especially with a great itinerary. These smaller ships are not really set up great for so many days at sea but Seaborn does a very good job offering activities - it's just tough since there is so much less physical space. Bring a good book (or 2 or 3) and you're likely not to notice the sea days as much. Ultimately you're cruising to (probably) stuff your face full of food, see some of the world, get a little bit of luxury and for good (or better) service. Seaborn scores on all targets there. They have good food, go all over the world, have plenty of class & luxury and have great service. It's been a treat aboard our Seaborn Quest. Thanks Seaborn, we will see you again (probably). 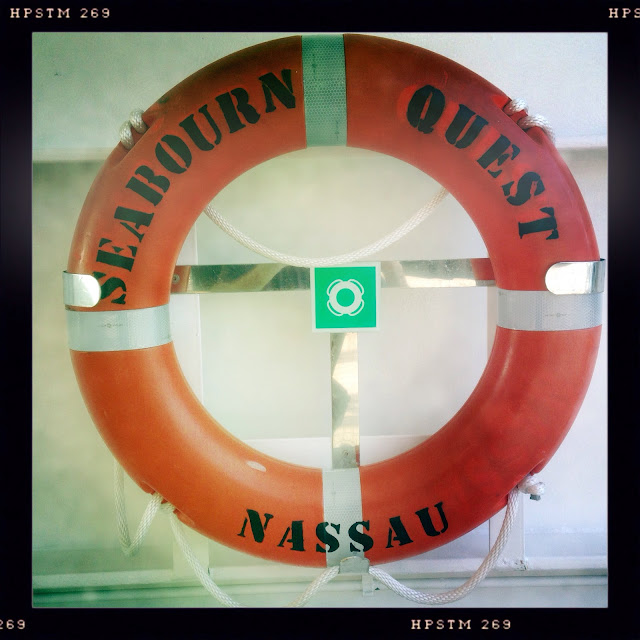 Posted by COlanderland at 12:35 AM